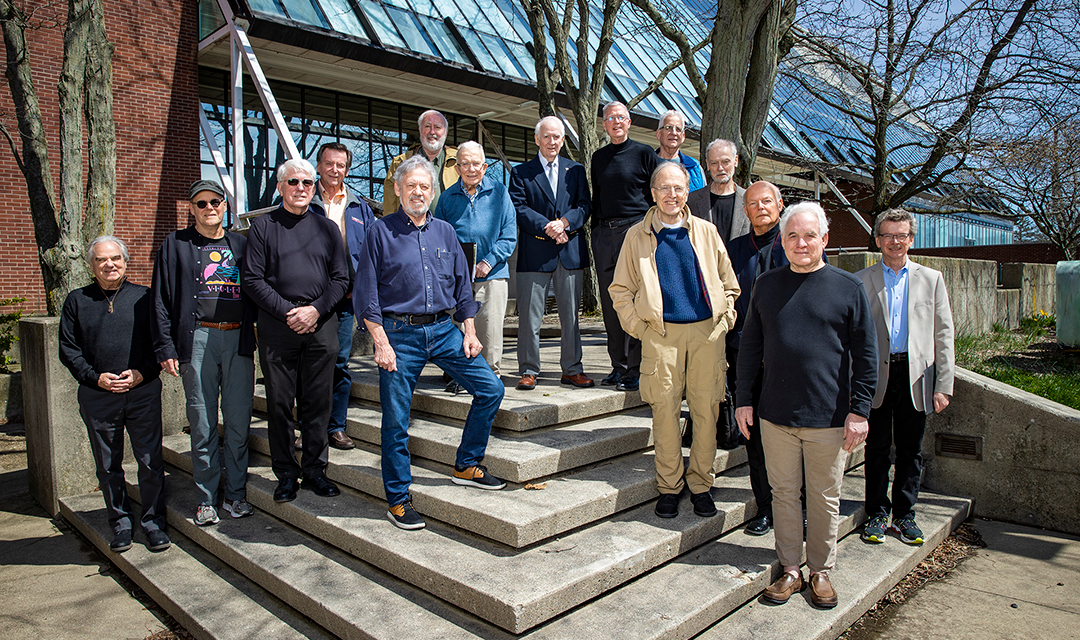 The College of Architecture and Planning welcomed nearly half of its first graduating class to campus for a 50-year reunion celebration this spring. Fifteen members of the class of 1971 attended the three-day event that began on April 11. The event had been delayed a year because of the pandemic.

The alums of ’71 gave presentations about their long and impressive careers and pinned up presentation boards sharing some of their projects with faculty and students.

“This was a great opportunity for a group of old friends to get together and discuss what we have been doing the last fifty years,” remarked alumnus David Bailey.

Much has changed since those early days in CAP. The school started in three Quonset huts from WWII that were formerly used by the Naval Reserve. The 1971 alums were the first and only class to attend all five years of school in the Quonsets before the current CAP building was built. During the anniversary events, they toured the building and campus to see the many changes that have transformed the college and university. They also listened to thesis presentations from current students and ate dinner with President Geoffrey Mearns.

The 1971 class helped initiated the first foundations of a lasting legacy and began a significant impact on society that has been built upon by each successive class these past 50 years. We were glad to have them here to reconnect with each other and the college.