Exhibit Columbus “Calibrate”: Performance and Collaboration Beyond the Installation 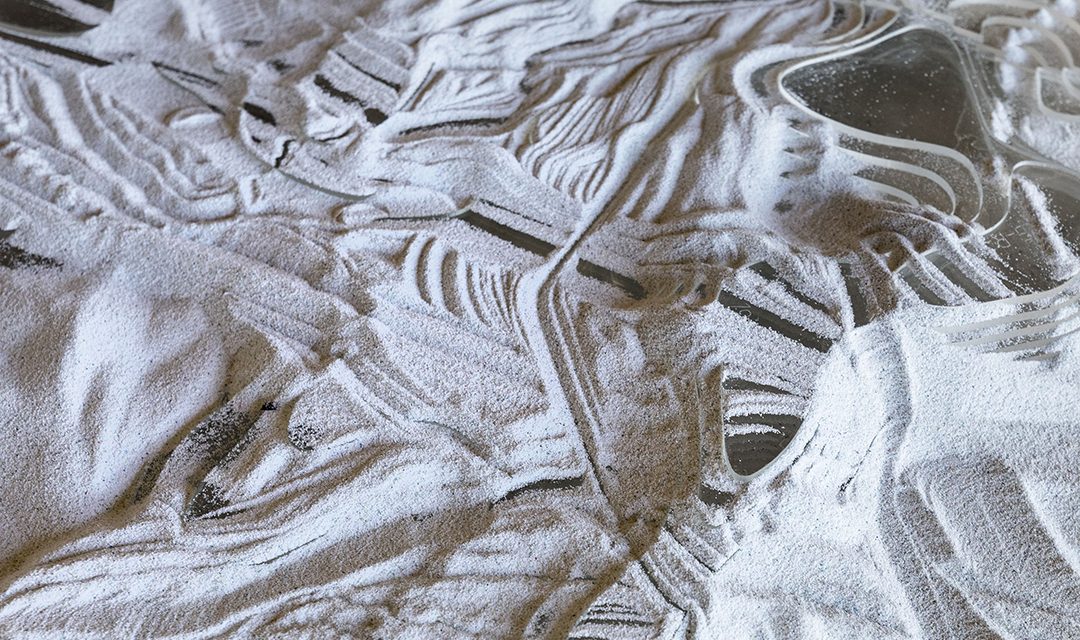 In the previous ReCAP, I wrote about the concept development of my installation of an environment sensor-driven drawing apparatus “Calibrate” for Exhibit Columbus 2021 New Middles Exhibition. At the time, the project was in progress, beginning to test concepts and build the physical components. Over summer 2021, the work came together for installation in the Heritage Fund Community Foundation courtyard in Columbus Indiana. The exhibition opened at the end of August and ran until December. Afterwards, “Calibrate” returned to Muncie, re-installed in the CAP gallery for the spring semester.

As a brief overview, “Calibrate” is essentially a machine that draws based on coordinates processed from sensor data. Sensors are deployed across the landscape, recording fluctuations in various environmental phenomena and much of this data is recorded in discrete databases, publicly accessible via the internet. The microprocessors in “Calibrate” gather together a selection of these – temperature, humidity, solar output, river currents, and precipitation – and through the programming, translate this data into instructions guiding the drawing mechanism which adds, removes and pushes sand-like media over an acrylic topography. The device continually reconfigures the terrain, or 3D “drawing,” into new forms.

The emergence of a concept into a built form is always exciting and being a part of Exhibit Columbus was truly an honor. Beyond the installation itself though, the collaboration both to build the drawing machine and to create the performance around the machine during the exhibition were also extremely compelling aspects. Collaboration is an extremely important aspect of the college, so I feel compelled to highlight how this manifests beyond the classroom.

Construction all of the various elements of “Calibrate” required a coalition of people and CAP assembled readily for this performance, even during the summer. Unloading and CNC milling of 50 sheets of acrylic, assembling and welding the two layers of topographical base, programming the microcontrollers, assembling the aluminum frame, and moving and rebuilding in various locations would not have been possible without the assistance from students, faculty, staff, alumni, unsuspecting relatives, and gracious volunteers from the public at large.

While Calibrate put on its translation performance throughout the exhibition, people, animals and other phenomena also became part of the production. Rain and sprinklers moved and distorted the media on the canvas. Leaves and humidity affected the rate of media flow. Birds and cicadas left traces of their passage through the drawing. People drew in the media, toggled the machine (maybe a bit too much here), and added their appearance into the drawing recordings. The presence of the machine drew these aspects together and the “drawings” produced are original, one-of-a-kind.

Additional information about Calibrate can be found here. 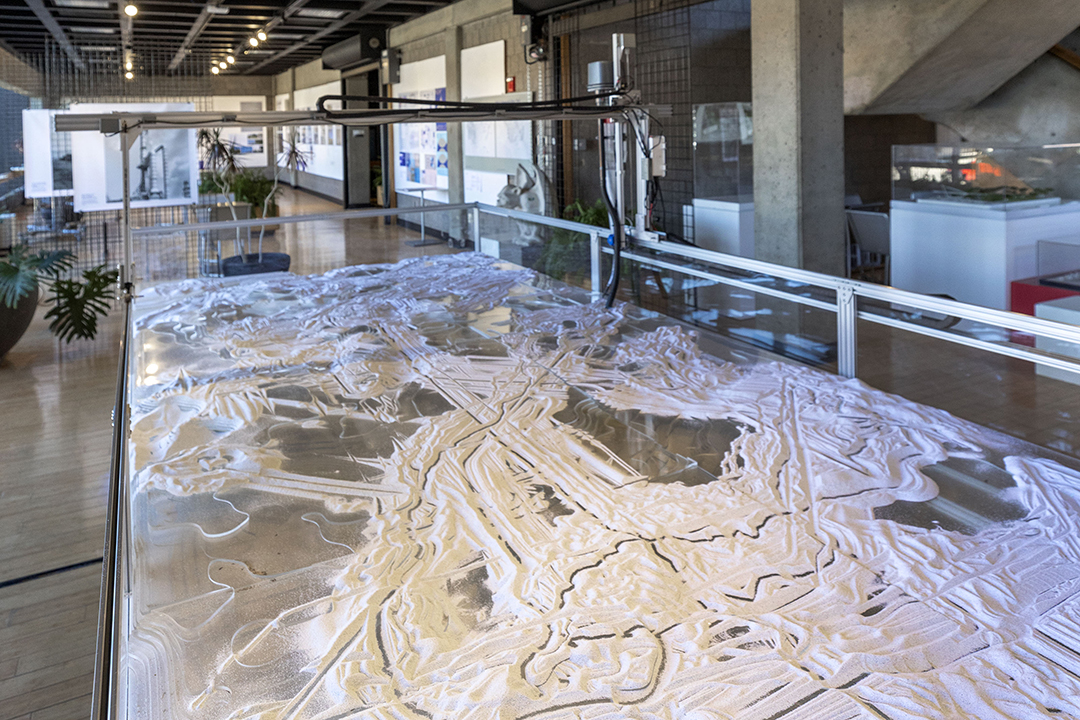