A recurring question about any professional school is “What is the primary goal of the education process?”  Are universities to equip students with a foundational knowledge of a profession or are they to prepare a student for practice and exploration?  Or, as most of us now practicing have learned to ask, “Is architecture an art or a business?”  The values and technology now driving the practice of design and construction are breaking down the decades long view of the either-or nature of being an architect or related professional.

Now is the time for the academy and practice to intentionally partner to better secure our future. Our goal should be to integrate and align appropriate shared values across education and practice and to understand that this shift is a culturally- and technologically-driven opportunity.  What are these shared key values? Sustainability, resiliency, integrated design processes, performance-driven design, equity and inclusion in the design process and a heightened empathy for users and those affected by our work, for starters.  These values, as an integral part of foundational preparation, need to be inculcated in design school processes and modeled and reinforced by practitioners.

This learn-see-apply process underscores the immersive pedagogy at Ball State University where a major emphasis is highly engaged, hands-on learning across all academic areas of campus through “immersive learning” courses. At the same time, the current explorations described below aim to increase and accelerate the trajectory of  student experience to better prepare and align them with the design and construction professions’ need for students who are comfortable and adept in a professional setting.

The College of Architecture and Planning at Ball State University and SmithGroup created a new collaborative model that includes multiple types of interaction between college and firm around the primary ideas of integrated design (largely a practice-driven issue) and immersive learning (largely an academy-driven goal) in order to affect change in both cultures.

As a Ball State alum and leader of an interdisciplinary urban design team at SmithGroup, the opportunity to collaborate on this effort was deeply personal for me. The outcomes exceeded my expectations and set precedents for how we should practice and educate in the future.

How can professionals and schools work together to create synergy and mentoring that produces relationships that accelerate learning, leadership and the sharing of the best of both worlds?

Ball State’s College of Architecture and Planning, in pursuit of forging closer and more lasting bonds with alumni, wrote a grant proposal in 2017 for what it dubbed a “Firm in Residence” program. The private sector partner was SmithGroup, an international design firm with multiple disciplines and markets across 1,300 staff located in 14 offices. The firm had just completed Ball State’s updated campus master plan, and while that process was developing, had made themselves available to the Department of Landscape Architecture, participating in the annual Design Week event and helping to lead a design charrette.

SmithGroup provided keynote lectures as part of the 50-year old CAP Guest Lecture Series. Lecturers from SmithGroup addressed multi-disciplinary practice issues – a timely topic for the college which had just added Construction Management and Interior Design programs to its family of Architecture, Landscape Architecture, Urban Planning, Historic Preservation, and Urban Design programs. Another topic that SmithGroup was able to put forward in the lecture series was a straight-forward look at the future of the design office, focusing on the likelihood of change in the business model and therefore the job market, practice opportunities, different needs for student preparation, and related powerful impacts.

The development of interdisciplinary studios has now spanned three semesters over two academic years.  The process began with a charge to find a project that would allow students and firm members to work out of one of the SmithGroup offices on a pro-bono project that engaged multiple disciplines.  This was considered a particularly immersive way to reinforce the changing values driving design.  In the SmithGroup Chicago office, Kris Lucius, an urban designer and landscape architect, put forward the Chicago Stockyards as a candidate site.

The stockyards, a mile square area made famous by Upton Sinclair in his book, The Jungle, were once the economic engine for Chicago, processing most of the meat that fed the nation, but since 1978 had sat largely idle.  The SmithGroup office has been supporting a number of local organizations and political leaders in their attempts to define the problem and understand potential frameworks for the rejuvenation of the entire district.  The project became the test case for the joint studio model.

Key components of all the Stockyard studios included:

Over the summer and fall of 2018, nine studio sections from Architecture, Urban Design, and Urban Planning, at both graduate and undergraduate levels, visited and worked on the stockyards studio project with input from SmithGroup staff.

While studios worked largely independently, there were structured touchpoints along the way that allowed student sections to interact with each other. Visits and design charrettes in the SmithGroup Chicago office were common events for each section. While the studio cohorts were at different levels (graduate and undergraduate) and from different disciplines, there was considerable convergence in themes of the projects. There was also strong evidence that studio cohorts were significantly influenced by the contact with other disciplines within the college and firm, along the way.

The stockyards project for me was an interesting and challenging project where we were able to collaborate with practicing professionals and learn from their experiences to help shape our project. It was nice to have access to both the people at SmithGroup along with their offices. This interaction with the people at SmithGroup was a driving factor in how I approached my project during the semester.

The joint studio is a model that has demonstrated value to both partners. However, both parties desired to increase professional-student contact. Conceptually, the goal was to emulate what happens when a student is “taken under wing” by a professional mentor. The benefits of such relationships often stretch beyond the studio project to longer-term relationships that can accelerate a student/recent graduate’s trajectory and success in the field. During spring semester 2019, our collaboration has turned to testing this relationship building,  using technology to connect professionals with students over the course of a semester.  Three small studio design teams have been formed to work with three SmithGroup integrated critique teams, each consisting of an architect, an engineer and either landscape architect or planner.  These video crits are building relationships that are starting to demonstrate the desired person-to-person rapport.  This model provides a framework that is highly scalable across the college and could easily include a wider array of professionals.

The idea of a firm-in-residence can easily be duplicated with both local and national firms and can be adopted at other institutions of all sizes and complexity.  The platform offers the types of lasting relationships that can create and drive shared values and more quickly respond to the pace of change in both education and practice. Finally, it supports immersive learning in the academy and affords practitioners the opportunity to learn from and mentor the next generation of our industries. Troy Thompson is one of three managing partners leading SmithGroup.  He is responsible for innovation and positioning the firm for the future through his focus on design and delivery processes and tools, research, technology and talent development.
Full Bio An alumnus of the CAP, Dave Ferguson joined the faculty of the Department of Landscape Architecture in 1988 with a teaching focus on landscape architecture, urban design, and sustainable design. Prior to teaching, he was in private practice for eight years after graduating from Ball State and later completed graduate work at the University of Illinois, Urbana-Champaign.
Full Bio 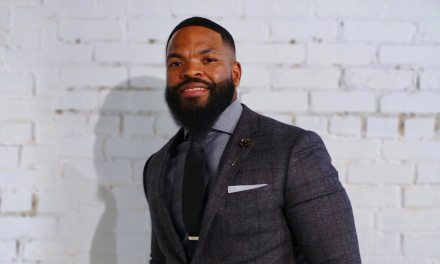 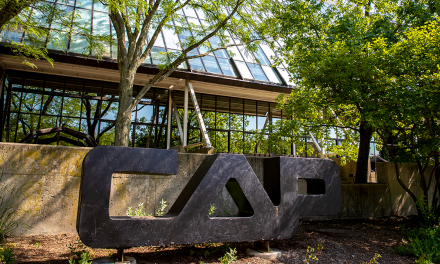 CAP is looking quite festive these days. #ballsta

We look upon our graduates with pride and emotion

Decoration of the the ole mortarboard! The Colleg

Lori, Julie, and Karen at the stadium bright and e 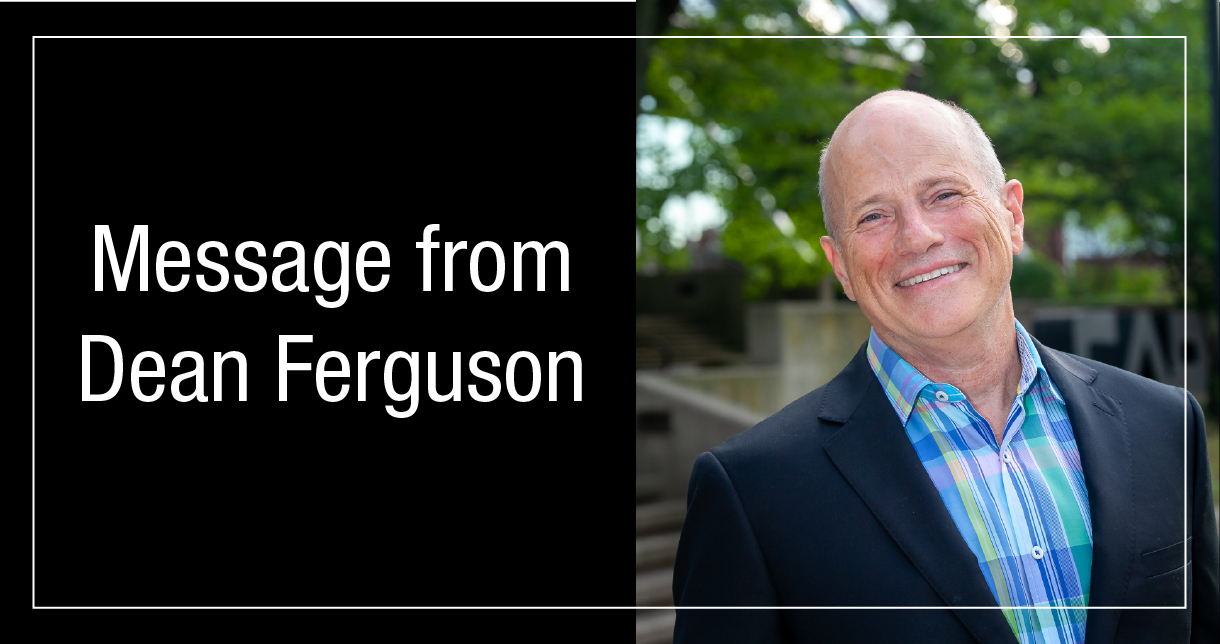 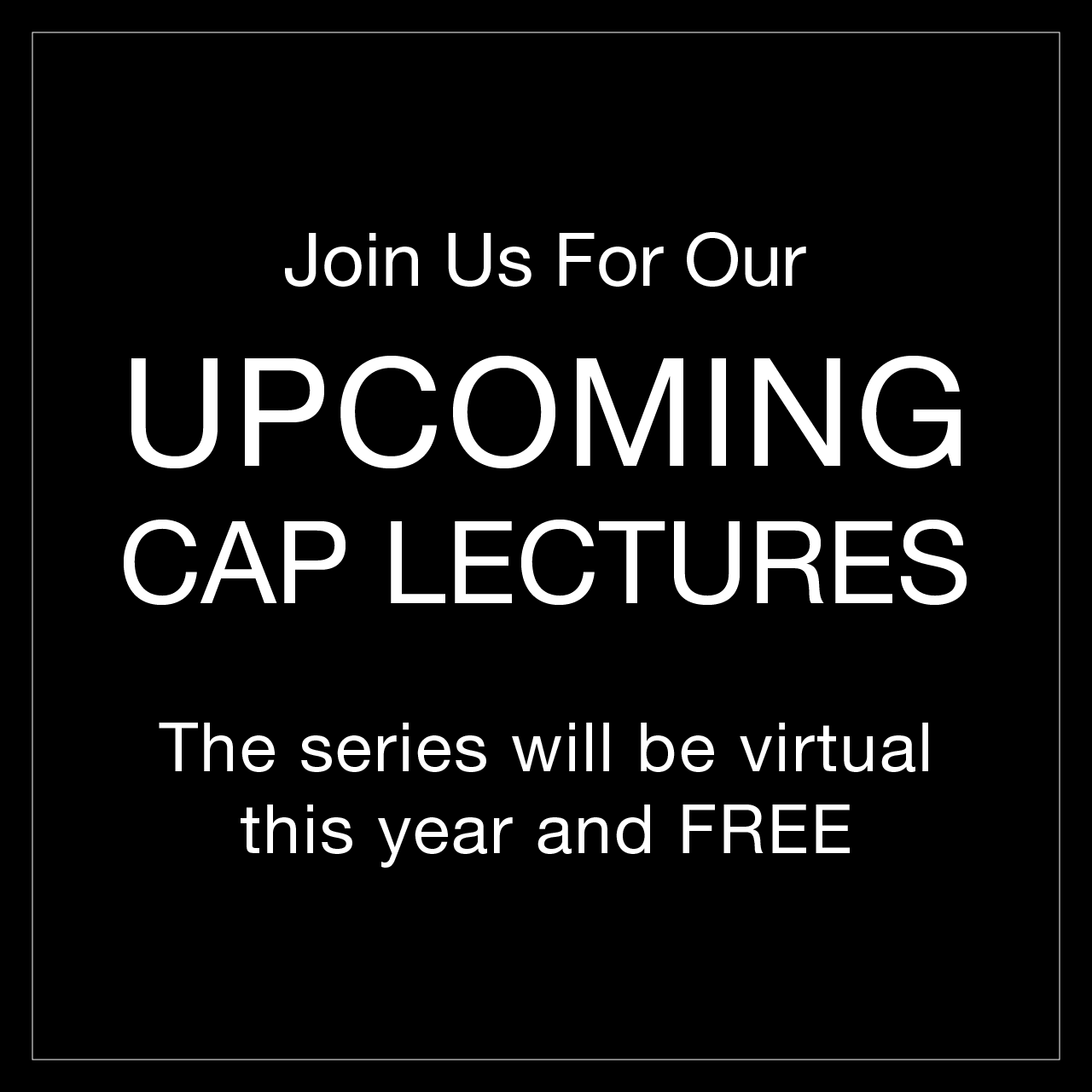 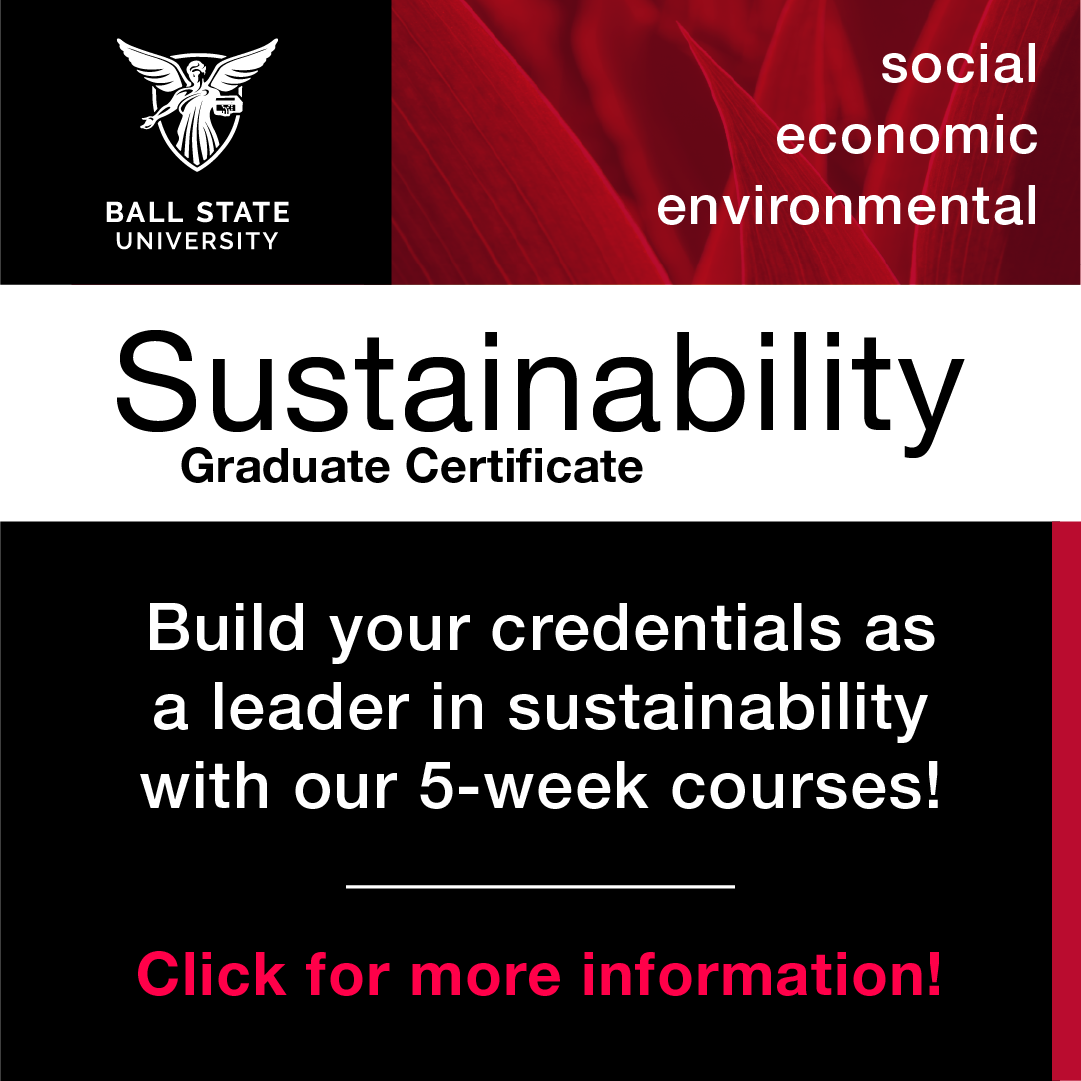