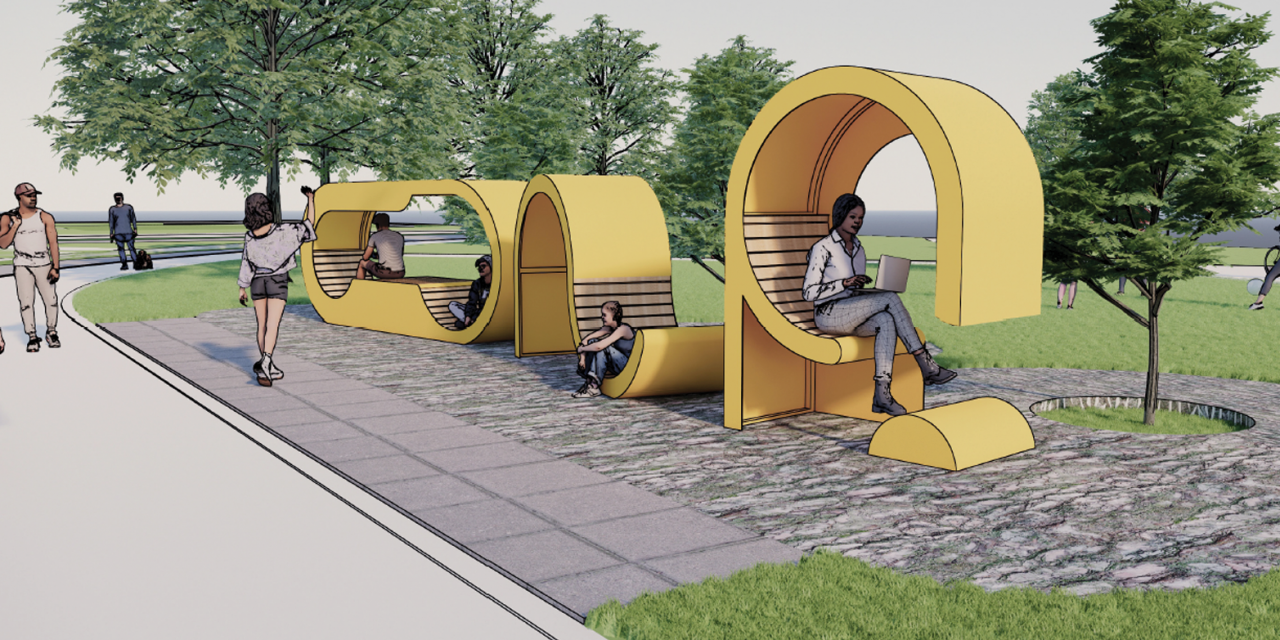 Last fall architecture students looked to the past for inspiration when creating a vibrant new installation to be placed near the intersection of Neely and McKinley streets. 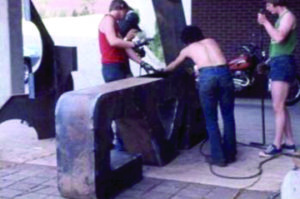 More than 45 years ago, the iconic CAP Sign and the bright yellow Balance sculpture were installed on the lawn outside the College of Architecture and Planning building. The CAP Sign was first located on the west side of the building (it has since been moved to the south side) and the Balance sculpture still resides on the north lawn. Since its construction, Balance, designed by student William R. Pruett ’74, has become a memorial for William who passed away several years ago. 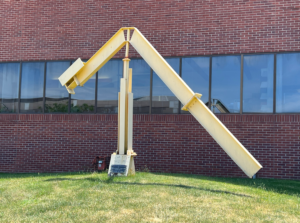 The CAP Sign, Balance, and the bat in the third-floor west stairwell were designed and built in 1974 by students in the elective Hands-on-Steel class taught by Rod Underwood ’71 and sponsored by the American Institute of Steel Construction, which provided the initial supply of welding equipment. The large structures were welded and assembled outside on the utility ramp on the north side of the building or in the low open space on the south side.

Students participating in the Hands-on-Steel course in the fall of 2021 were inspired by the college’s origins. Taking note from the form and function of the historic Quonset huts, Loop deploys three adjacent structures recalling CAP’s three key moments of evolution: its establishment in the Quonset huts in 1965, its move across Neely in 1972, and its wing addition in 1983. The Loop forms become sculptural elements of respite, engagement, and visual playfulness. The three bright yellow structures are also inspired by the color and form of the original CAP sign and the Balance installation. The curves reflect the style of the CAP letters in an interactive and sculptural public art piece.

The Loop’s scale and complexity is the most ambitious project to date spanning three consecutive Hands-on-Steel classes. The students in the spring class were so dedicated to the project that a group of graduated students stayed an additional week after their graduation to finish the work on one of the structures, and painting it before they left Muncie. The third class will bring the project to fruition in the fall of 2022.

The new structures will be placed near the location of the original Quonset huts where they will stand as a legacy piece commemorating the history of CAP and as a testament toward the college’s program’s bright future. 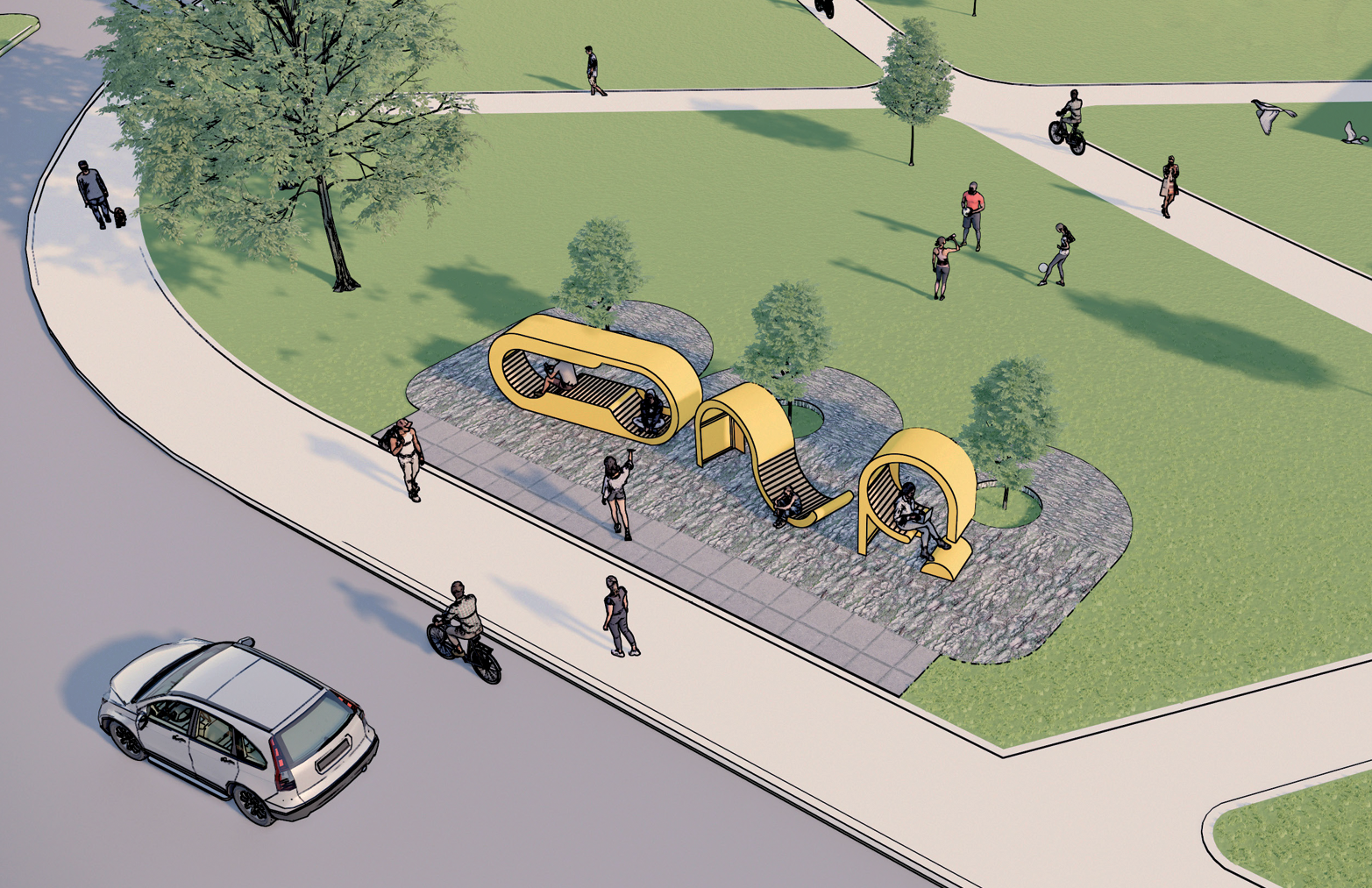